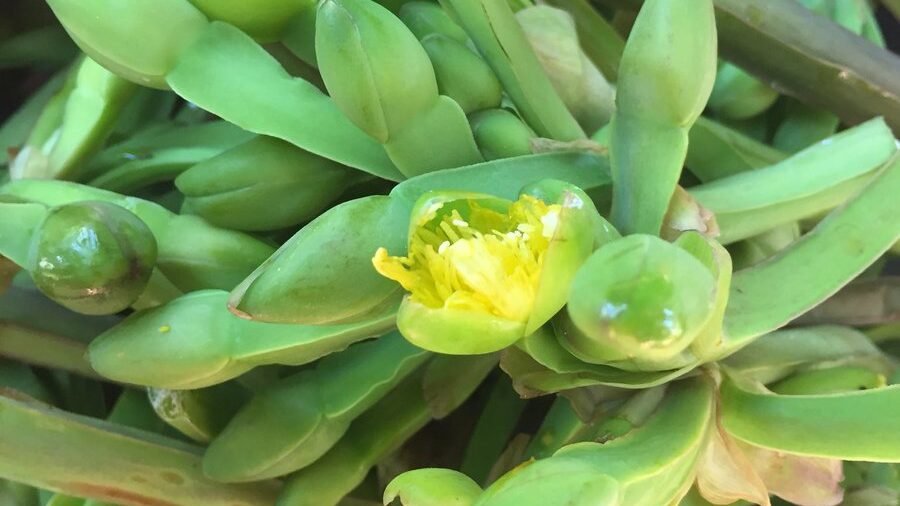 Unknown plants alway make us excited! Today, I would like to introduce you one delicious vegetable I encountered during my stay in Indonesia.

In Indonesia, local people call this aquatic plants “Genjer”. Traditionally, it plays important roll in south East Asian nations such as Vietnam, Indonesia, Thai, the Philippines, Laos and a part of India.

Genjer leaves contain fiber, protein, amino acids, catetenoids and carbohydrates. They are also a source of vitamin A and vitamin B. Since it contains various nutrition, local people grow them locally and sell at local market.

However, Genjer leaves are considered to be “poor people’s food”, such as in World War II when the Japanese occupied Java. In Indonesia in the 1960s, when there was poltiical unrest, Genjer became first a symbol of suffering and oppression, then a symbol of protest. A song titled Genjer-Genjer, sung in the Banyuwangi language of Java, became popular in that time; it was said to be used in an uprising and the subsequent assassination of a group of senior military personnel in 1965.

Despite those historical background this plants have, its tenderness and mild flavor is popular among local people. If you find some, we strongly recommend you to try it!